Welcome to the website for Charité – Universitätsmedizin Berlin, a joint institution of Freie Universität Berlin and Humboldt-Universität zu Berlin.

To navigate directly to a specific page or section, please use the 'Go To' commands as follows:

From here, you can access the Emergencies page, Contact Us page, Accessibility Settings, Language Selection, and Search page. 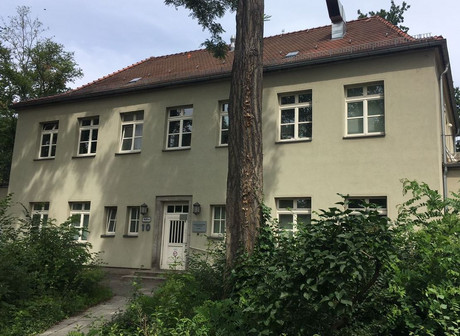 About the Institute of Experimental Endocrinology

The Institute of Experimental Endocrinology (IEE) is situated at the Campus Virchow of the Charité – Universitätsmedizin Berlin since 2008. The Institute was founded in 1951 and formerly located in the historical "Pockenhaus" of the Charité, nowerdays called the Aschheim-Zondek-Haus on the Campus Mitte.

The Institute of Experimental Endocrinology is situated since 2008 on the Campus Virchow-Kliniken of the Charité. It represents the field of Endocrinology - the science of biological information- and communication of hormones - in faculty and research in respect to the training of students and graduates on studies of medicine and dental medicine and offers a series of special methods of hormonal analysis for research and clinical issues.

In clinic orientated basic research aspects of functional disruptions of different hormonal systems are focussed on. The function and regulation of thyroidal hormones, the role of trace elements iodum, and selen for the hormonal system, and for the etiology of cancer, the role of hormone like substances (endocrine disruptors) and selen in the tumor and neurobiology are a novel focus of research.

Cooperations and focus in experimental research

Between 2002 and 2010 at the Endocrinological Research Centre Enforcé being an interdisciplinary research project basic research was taking place on hormones and their functions in relation to clinical applications, diagnostics and therapy as well as translational applications for innovation and technology transfer. Experimental studies were done to develop special estrogen and androgen like substances with respective selective effects on receptors for therapeutical purposes.

Furthermore, our experimental research is focussed on the developmental and biological concept of hormonal and environmental self organization of neuroendocrine functional systems and their feedback mechanisms, especially of the steroidal and thyroidal hormone systems.

The projects are funded mainly from the Deutsche Forschungsgemeinschaft (DFG), the European Community, the Deutschen Krebshilfe - Dr. Mildred Scheel-Stiftung, as well as Technologie-Stiftung Berlin - Zukunftsfonds Berlin.

Especially to be mentioned are two cooperations - the Klinische Forschergruppe 218 'Hormonal regulation of body weight maintenance' (2009 to 2015), as well as THYROID TRANS ACT - Translation of Thyroid Hormone Actions beyond Classical Concepts' (2012 to 2015).

Apart from that since 2005 up to 2014/2015 the institute is seat of the coordination of the international graduate college GRK 1208 'Hormonal Regulation of Energy metabolism, Body Weight and Growth'.

History of the Institute for Experimental Endocrinolgy

The history of the Institute for Experimental Endocrinology is not to be thought about without the discovery of the biological cell and cell mechanisms; hormones replace as messengers the humoral saps of ancient medicine.
The experimental methods of molecular biology understood as being biochemical mechanisms define the current scientific research focus.
The historical changes of the institute reflect this stationary process.
Some details you can find under History of the Institute.